White Patches and Spots on The Skin: Causes and Remedies

In most cases, however, the white patches on one’s skin surface are not considered as a health threat. It does, however, cause one to feel particularly uncomfortable, especially since they stand out of the rest for having discolored skins.
Of particular concern, though rare, are cases where the skin discolorations may turn contagious. Often, however, white patches on the skin surface normally occur as a result of the body’s reaction to various allergens. 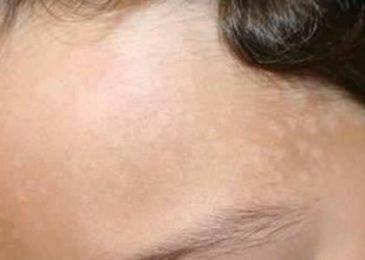 What causes white spots on skin?

There are two major causes of white spots on the skin surface:-

One of the key contributory factors to white discolorations on the skin surface is the exposure to various weather elements for which one is allergic to.
Changes in environmental weather conditions that are directly exposed to the skin surface may interfere with the natural growth of yeast found under the skin surface.
The interference thereof causes the skin to change its pigmentation on different parts of the body leading to white-colored patches.

Research has revealed that hot weather combined with having an oily skin surface and excessive sweating is a major contributory factor that leads to the development of white patches on skin caused by interference of yeast growth.
This condition particularly affects individuals who change their environments such as travelers and tourists who visit different countries.

It is a rash that appears on the skin, causing irritation and redness, and may be accompanied by the appearance of some white spots.

Some people are normally allergic to rubber latex products such as balloons and rubber gloves. Although this type of allergy is uncommon, it is estimated that between 5 and 10% of all healthcare workers have such an allergy.
When the rubber products come in contact with one’s skin, an allergic reaction ensues leading to dryness, itching, and scaling of the skin surface. This type of allergic reaction is particularly common among children and leads to white patches on exposed parts of the body such as hands, face, and legs.

Sun allergies may cause white spots to appear on skin after sun exposure.These patches caused by the sun
White patches and spots on the face are particularly common among adolescents and have been determined to be caused by various exposures to numerous allergens.

One of the key allergens that cause white spots on the face is when one is exposed to UV radiation from the sun or similar UV such as the rays produced by tanning beds. This causes the skin to develop white, round, and flat patches; a condition that scientists term as idiopathic guttate hypomelanosis
Read Also,Cure White Spots On The Skin From Tanning Bed

White patches on the skin can be quite uncomfortable to live with. It is even more uncomfortable when the white spots become itchy as they may tend to spread all over the body.
It is, therefore, important to understand how to get rid of the white spots on the face naturally, and when to see a doctor for hospital-based medication.

Research has shown that there are various natural remedies that can suitably treat white patches on the skin.

Natural Remedies For Curing White Spots On The Skin

When it comes to white spots on skin surfaces on areas of the body such as the back where one can hardly see, it is important to visit a medical dermatologist who would conduct the appropriate lab tests to determine the type of infectious agent or causative factor of the white pigmentation.
Common conditions such as tinea versicolor and vitiligo are normally easily treated with topical and oral treatment options.
Most topically applied creams and ointments are normally comprised of antifungal agents and antibacterial substances to help kill off any bacterial infections.

Examples of creams commonly prescribed include:-

Doctors also tend to prescribe shampoos that contain extracts of plants that are known to offer antimicrobial properties.

Scientists have also come up with appropriate over-the-counter medications, primarily antifungal in nature, to help control the excessive growth of yeast on the skin surface.
The topical applications and pills normally eliminate excessive colonization of the skin surface by fungi, thereby leaving the skin surface uninfected and giving it an opportunity to regain its normal pigmentation.

Examples of over the counter medications commonly prescribed include:-

In addition to the treatment, patients are often advised on various things that they need to abstain from such as visiting climates that may cause the destabilization of the skin’s biological processes.
This is particularly important as it helps prevent relapses of white patches on the skin due to different allergies and triggers.

Among the key things to avoid include:-